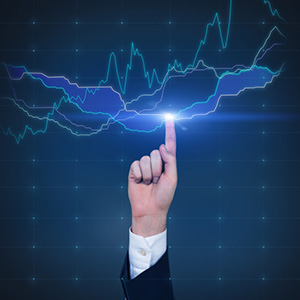 It’s a disruptive model that has already helped some 100 CapSure clients increase stakeholder wealth once captured by commercial insurance companies and build competitive advantage through the reinvestment of preserved capital.

The Ohio-based risk management advisory firm, a subsidiary of NMS Accounting, has designed a regulatory-compliant, independently audited captive insurance model that allows ordinary mid-size companies to take advantage of a proven approach previously used only by much larger businesses. With CapSure’s expertise and tools, these companies are creating their own licensed, regulated insurance entities and profiting from their own safer practices.

The model allows companies to avoid a huge proportion of insurance costs associated with broker commissions (approximately 20 percent) and administrative costs (20-40 percent).  These are areas of massive waste for an industry that exceeds $1.1 trillion in premiums, including $500 million in property and casualty insurance, in the United States alone.

Many observers believe the insurance industry is ripe for disruptive innovation and change. There are 46 insurance companies in the Fortune 500 with an average age of about 95 years. Meanwhile, insurance tech start-ups with disruptive new models raised over $830 million during the first five months of 2015 alone.  And while the captive insurance model is not new to large corporations, its application in the mid-market is a disruptive new trend with huge potential benefits to businesses.

Virtually all of the firm’s diverse clients have benefited significantly. On average, they’ve achieved a 15-20% savings on premiums and, in addition, often significant, tax-exempt profits on reinsurance.

Warren Vickers, partner in CapSure, says the extra savings and investment has boosted the employment and business agility options for clients, while also improving their operational safety, and allowing them to take the business risks necessary to innovate.

Vickers says many mid-sized company CFOs have, for the first time, been able to insure against the unique risks of the new digital economy, including cyber threats, data breaches, and brand reputation risks.

So companies are finding that they can use the new pool of insurance profits to invest in job-creating innovation, and also take the necessary risks of pursuing those innovations because they are covered for new, unique digital threats by the same model.

He says the company assists business owners who are frustrated with fluctuating and excessive premiums to effectively bypass traditional insurance by empowering them to underwrite and manage their risk coverage, while still acquiring commercial coverage against more catastrophic risks. CapSure helps companies to retain underwriting profits and investment income; money that is otherwise captured by traditional carriers. Meanwhile, premiums to the captive entity are tax-deferred, and available to be invested to grow the insured’s business.

CapSure, which is in the midst of new branding campaign to reflect its growing national footprint, is reaching out to companies that are best positioned to benefit from the model, including but not limited to those in trucking and logistics, real estate, franchise companies and warranty providers.

“It’s a growing area, and we’ve seen positive legislative changes from Congress,” he says. “Our sweet spot is those companies with revenues between about $10 million-to-$250 million. We’re looking at businesses paying premiums in excess of $500,000 annually with a low claims history, with a strong focus on New York and California businesses. Another big one is workers’ compensation, and we’re also looking to assist those who offer warranties with a more formalized vehicle to realize benefits.”

Although the captive market has suffered negative publicity due to the abuses of a few small “micro captives”, many experts believe that the extra employment and safety generated by properly structured programs will lead to ever-increasing public support, a friendlier legislative environment, and a much-needed cash boost for mid-sized companies. Indeed, legislation passed in December 2015 will boost the limit on premium revenue that captives can receive from $1.2 million to $2.2 million early next year.

Meanwhile, awareness is growing among private company executives that the majority of Fortune 500 firms have their own captive entities, from Verizon to Sears, and that it is simply smart business.

While the model offers significant tax advantages, recent research shows that the fundamental value motivation lies elsewhere, with surveyed companies listing key coverage gaps, the recapture of premiums, unique coverage for cyber risks; and access to reinsurance markets as the top four value-adds they have enjoyed.

Vickers told the BPI Network: “With captives, you can customize coverage to fit the needs of your business,” says Vickers. “And on the good years, it offers the business a whole bunch of opportunities, whereby as the captive matures over time and accumulates underwriting profit and investment income from safe practices, the captive can loan money back to the business and use it to buy equipment; or they could distribute it to shareholders. It provides the business an additional pool of capital.”

Like the technology-enabled fields of telematics and robo-advice within financial services, compliant captive insurance has graduated from the “too-good-to-be-true” phase and into one of the new win-win-win business models of the new economy (where the “third win” is improved safety).

The success is based on a simple formula: in the “bad years,” companies effectively pay themselves claims for the small, high-frequency losses up to a cap, while additional reinsurance covers catastrophic claims. But in the “good years” of few claims, those companies can reinvest the tax exempt dollars from underwriting profits and investment income—dollars that are ordinarily lost to their commercial carriers.

“Owning their own insurance company forces businesses to take a more active role in their risk management practices, as they directly benefit financially from improved policies and procedures,” he says.

A key value-add that CapSure bring to the model is its deep experience in big data and data analytics; a field which is set to transform virtually all of insurance.

Vickers says: “For my part: I had worked in analytics in the medical area and with manufacturers, and my financial services background gave me insights into how money should be moved to maximize competitive advantage. When I was working in data analytics, we drilled down for manufacturers, to see where they were losing money and how they could recapture that money. Its almost the same with the captive business: We are drilling down to see where clients are losing out on value on their commercial coverage, and showing them how they can retain that money for themselves.”

“We looked at different areas where we could leverage value for clients in the insurance area, and the research led us to a lot of Fortune 500 and 1000 companies that have their own captives. We studied the insurance law and the tax law, and we developed a model, whereby you can do self-insurance in a more formalized way that is simple for the client, where business owners own their own insurance companies and manage their own risk. We use actuaries who are entirely independent to assess the risk and determine the capitalization amounts, coverage type and premium levels.”

After deep research, and given the regulatory scrutiny focused on offshore jurisdictions, Vickers and NMS Inc.’s highly experienced managing partners, Shawn Neece and Brian Seifert, chose the state of Delaware as the optimal jurisdiction for new captives.

“Delaware is business-friendly and approachable, and has been very accommodating to us, in terms of enabling legislation and service,” he says. “We were also aware that offshore jurisdictions get a lot of scrutiny. You also need experience, and we were fortunate enough to do a lot of accounting work for various captive managers over a period of years.

CapSure records show that, in a typical case—assuming a 4 percent pretax rate on RoI, and an average claims loss of 5 percent of premium—a company that would otherwise pay $778,000 in premiums to a commercial insurer generated $263,000 in additional Retained Earnings utilizing a captive, with the same premium. And this grows to $292,000 by year five of the captive, at which point Retained Earnings (with no dividends) rise to a total of $1,434,000.

Vickers says his primary challenge is neither regulatory nor competitive, but rather one of perception and education.

“Some people still don’t realize that captives are fully licensed and regulated insurance companies,” he says. “And the problem with captives is that it is a bit of a broad term, so that the negatives of those abuses on the fringe can impact the image of a very sound model.

“Popular captive types include Pure or Single Parent captives used by many Fotune 1000 companies. Then there is more a hybrid program, which shares more enterprise type risks, commonly referred to as 831b captives, where business owners look to keep their current insurance and use the captive to insure supplemental risk and gaps in coverage where they are under-insured or currently informally self-insuring without the benefits of the captive model.”

“We like to focus more on the pure captives, and also touch on 831b models.”

“There is no bias; they are entirely independent to us. We make sure we do a thorough risk assessment on each prospective captive client. Our independent actuaries review insurance policies, loss history, financials among other important business data to perform an in depth feasibility study to determine if a business will benefit from a captive program.”

Vickers says new, fully compliant captives can be up and running in as little as 90 days.

Shawn Neece, CPA, CGMA is a Director and Board Member of CapSure LLC.  In addition, he is the founding member of NMS Inc. (formerly Neece & Malec) in January of 1996, where he is currently the managing director and works in development of the firms national practices, including alternative risk management structures, international taxation, and tax issues related to real estate industries (including preservation tax credits).  Prior to starting NMS, he was a treasurer of a middle market company and a banker.  Shawn has a Bachelor of Business administration from Cleveland State University and a Master of Science in Accountancy from Kent State University.

Brian Seifert, CPA, is a Director and Board Member of CapSure LLC and is also currently an Executive Director at NMS, Inc. In 1995 Brian formed his own accounting firm and merged his practice to form NMS, Inc. in 2010. He is actively involved in marketing and business development efforts for NMS accounting, wealth management and insurance businesses. Brian specializes in risk management, international taxation and long and short term tax planning. He has advised over 20 mergers and acquisitions for both public and private companies. Brian has a Bachelor of Business Administration from John Carroll University.

Warren Vickers is Managing Director of CapSure LLC. He has over a decade of experience in the financial services and risk management industries helping private companies maximize profit and improve their operational efficiency using data-driven analytics. Warren leads the executive team in planning the long-term strategy and business development efforts to drive revenue growth. He oversees the financial operations of the company and is responsible for monitoring and implementing the performance measures that support the company’s strategic direction. Warren has a Bachelor’s degree in Economics from Cleveland State University.