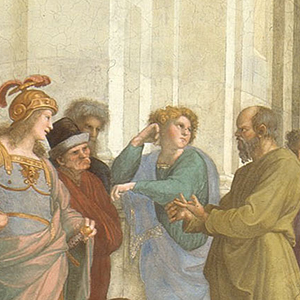 By Julia Dickinson and Karyl Scott

Today’s E-learning systems do not take full advantage of the Web’s interactive nature. “If you're looking at video lectures, it's a one-way medium where you listen to the lecture fairly passively and absorb some of the information,” says Barry Kayton, CEO of Cognician Inc., a web-based e-learning platform. “Similarly, if you are reading material or looking at some kind of slide deck, it's largely a passive exercise where the communication is from one source to many learners.”

So despite its unprecedented ability to disseminate knowledge, e-learning’s biggest problem may be a lack of engagement. But Kayton says he wasn’t spurred to action by trends in e-learning. Instead, appropriately enough, Cognician was founded thanks to an inspiring personal interaction.

Before Cognician, Kayton and his brother Patrick (Cognician South Africa’s CEO) designed educational products for classrooms in South Africa. In late 2006, Kayton hosted a seminar on creative thinking at the University of Cape Town’s Graduate School of Business.

After the seminar, “One of the students came to me and said he had been on a five day workshop on creative thinking, but he wasn't any more creative after five whole days,” Kayton recalls. “And he said that after attending my 5-hour seminar, he was immediately more creative. He was thinking creatively and coming up with innovative solutions based on the methodology that I was sharing.”

That methodology came out of Kayton’s educational product business and had already been subjected to a decade’s worth of testing and use. In a way, the innovative solution had come before the problem. The evening after that seminar, Kayton started thinking about how to take the methodology to a larger audience. The obvious delivery system, he says, was software.

You’ve probably heard of the methodology behind Cognician’s platform. It’s much, much older than e-learning or even the Internet. In fact, it’s the Socratic method.  Yes, that Socrates, the ancient Greek philosopher. While conventional e-learning often takes the form of glorified information distribution, the Cognician platform guides users through a conversation designed to spur innovative, higher-order thinking.

Kayton calls this modern incarnation of the Socratic method a coaching guide, or cog for short. “The essential difference between a coaching guide and practically any other e-learning system on the market is that the coaching guide asks the learner thought-provoking questions, which promote critical and innovative thinking. And those questions change the way the learners think about whatever it is that the coaching guide is focusing on. And by adjusting their mental models, learners then change their behavior accordingly.”  Users respond to the questions with written answers instead of simply clicking through or taking a multiple-choice quiz. “A lot of research has shown that when people write their responses out, they engage at a much deeper level,” Kayton notes.

But once you’ve made your first innovative leap forward, how do you keep the momentum going? “The first method for innovation is to get feedback from your users,” Kayton says. Cognician’s first prototype featured a “mind map” that started users in its center and asked questions from there. “And while some of our users found that very interesting, others found it quite difficult to use.” From that user feedback, Cognician developed its current chat interface.

“So on the one hand, innovation is about coming up with an idea, putting it into practice, testing it to see if it works and then refining it,” Kayton said to sum up the process. “And then in terms of continual innovation, every time we create a new collection of coaching guides, we always go back to the drawing board and say, ‘How can we do this differently next time? How can we do it more effectively?’”

As most innovators, entrepreneurs, scientists and educators will tell you, experimentation is the key to innovation. Kayton and his team use this approach to create ever more engaging user experiences. “For instance, we create a scrolling landscape, and we arrange the coaching guides on the scrolling landscape,” Kayton explains. “And this makes it very easy for the user to get a sense of the progress that they're making through the system because we’re familiar with walking along paths when we're going to the office, or when we're going home. It's such a simple thing, and yet it has such a profound effect on users.”