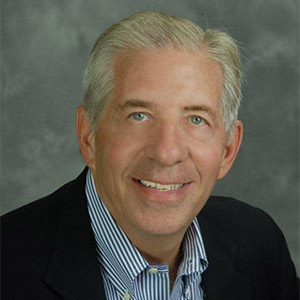 Intrapreneurs: A great idea but inside a big company, can they possibly succeed?

Intrapreneurship – the practice of creating a startup culture within an existing large business – continues to attract both proponents and critics – and both sides have some valid points.

One of the articles that fueled the discussion came from the 360Institute.com, earlier this year -- “3 Reasons Why Companies Fail at Intrapreneurship and How to Succeed.”

The article begins with the thesis that corporations are looking at intrapreneurship “to help fast track new offerings and explore innovation opportunities.”  The author, Gbemisola Akande, then suggests three reasons why intrapreneurship has failed in large companies:

In theory, these three points are designed both to get people to feel comfortable in the role of an intrapreneur and provide them with a touchstone for decision-making. But will it work, and are we talking about incremental or breakthrough innovation?

First, I think it’s appropriate to talk about innovation separately. While I would subscribe to these three points for incremental innovation, I think breakthrough innovation is a horse of another color. One could argue that the process is very different for both types of innovation.

Second, I would subscribe to the fact that even if all of these points are satisfied, it is still all about the people. You can set up the appropriate environments but, at the end of the day, some people are comfortable in certain roles and some are not. The uncertainty of acting as an intrapreneur is not for everyone – particularly those who are more comfortable working towards much better-prescribed tasks.

Setting the “right people” argument aside, I would have to say that the above three elements can do no harm, yet, they by themselves are akin to trying to play golf by reading a book. It just doesn’t happen that way!

The nature or makeup of the entrepreneur or, pardon me, the intrapreneur, makes it very difficult to abide by the rules of the large corporation. His or her thinking is not linear, not even necessarily logical, to outsiders, and even the logic that allows this person to come to the necessary recommendation is often unclear. However, in hind sight, it becomes very clear. So how are you going to turn this “thing” into a science if it moves in non-linear ways? At what point do you judge success or failure, go or no go, when either condition is always just around the bend?

If you did choose a rank-and-file, why do you believe they could move from a guided to an unguided environment? And if he/she is truly successful, what does his/her career path look like?

In some ways, the role of intrapreneur continues to bring up more questions with every answer. But if it fits a company’s culture and this person is given the freedom to explore ideas that have never been considered before, it could help to yield true progress. It will be important to monitor the success rate of intrapreneurialism and also identify more of the obstacles, as well as the benefits.

As far as the long-term future of intrapreneurialism, I’m not sure we can predict that right now. I am an entrepreneur. I started a company, and had some pretty good ideas outside the box. As we grew, I had to spend more time running the company, so, in essence, I de facto retired my intrapreneur’s hat.

I also found it difficult to find someone to take my place in this role, because we had grown into a very different company than the one we started.

Why? Because during the startup stage, almost 100 percent of my time was in the entrepreneur’s or intrapreneur’s role.

Further along, we were not sufficiently funded to allow someone to totally operate in the intrapreneur’s role without other responsibilities, too.

In effect, we were asking someone to have two feet in two separate buckets: some specific daily activities and some vision activities. And, with dual roles, it was safer to err on the side of managing daily activities….instead of pursuing grander visions.

I also have a second thought.

The mind map of entrepreneurs or those inside a corporation, the intrapreneurs, by the nature of the requirements of the tasks, is very different.

Where do you get the experience to fit into this role? Where are the role models that allow for success in these areas?

Finally, it is all about people. In order to have the intrapreneur in a company “make it,” you need to modify basic behavior of the entire company.  If you believe you can really do that, then find your intrapreneur and institute the changes that make sense.

If not, then forget about hiring an intrapreneur, and find other ways to come up with new approaches.

Either way, you will need to grow and change, at least incrementally.  Most companies succeeding in this economy are frequently trying to update their thinking,

Andrew Simon is Partner at Simon Associates Management Consultants. Feel free to contact Andrew to keep this conversation going by reaching him either through his site: www.simonassociates.net or direct via email at als@simonassociates.net.