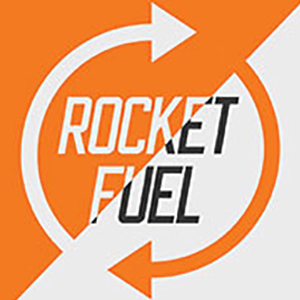 If we had our way, we would eliminate the titles of CEO, president, COO, or general manager.

There are two distinct types of leaders in all small businesses: the “Visionary” and the “Integrator.” One sees the future, and the other makes it happen. These two roles could not be more different from each other. That is why it is magic when they work well together. Famous examples include the combination of Walt and Roy Disney at Disney, Henry Ford and James Couzens at Ford, and Ray Kroc and Fred Turner at McDonald’s. While you may think of these as large companies, they were small once. We point them out since they illustrate how vital the V/I (Visionary/Integrator) combination was in their early growth.

If you are a Visionary, you are one of only 3% of the population that create two-thirds of the new jobs in our economy. (This figure comes from John F. Dini in his book Hunting in a Farmers World: Celebrating the Mind of an Entrepreneur.)

As a Visionary you are extremely passionate about your product, service, company, and customers. When you look up “passion” in the dictionary, your picture is there. You are very entrepreneurial, a creator, and likely a founder of your firm. Most often we see external titles like Owner, Founder, CEO, Chairman, or President on your business card. Yet we strongly believe that internally referring to roles more by what people do (e.g., Visionary or Integrator) creates clarity and does a much better job than traditional corporate titles of capturing the true contribution of each person within an organization.

As a Visionary, you have a lot of ideas. You typically have ten new ideas a week. Many of them may not be so good, or at least not a fit with the company’s primary focus. Some may even be dangerous. However, a few are absolutely brilliant. And those few great ideas keep the organization growing. Those great ideas can take companies to the moon. For this reason, you are invaluable.

Then there’s the Integrator. An Integrator’s role and skills are quite unique. For an organization, they are the glue, the Visionary’s right hand; they beat the drum and make sure the trains run on time. You may hear them referred to as #2, inside man, president, COO, general manager, or chief of staff. Who is the Integrator in your organization? Are you an Integrator?

An Integrator is a person who has the Unique Ability® to harmoniously integrate the major functions of the business, run the organization, and manage the day-to-day issues that arise. The Integrator is the glue that holds the people, processes, systems, priorities, and strategy of the company together. We use the term “Integrator” to describe the role more accurately than other common external titles such as president, COO, general manager, or chief of staff. Integrator is simply the best word to describe this position.

In contrast to Visionaries, Integrators are typically very good at leading, managing, and holding people accountable. They love running the day-to-day aspects of the business. They enjoy being accountable for profit and loss, and for the execution of the business plan. They remove obstacles so that people can execute. Typically, they operate at a more detailed level than their Visionary counterparts. When a major initiative is undertaken, the Integrator will foresee the ripple of implications that will move across the organization as a result. Visionaries typically don’t even see, or will substantially underestimate, these ripple effects.

However, any given V/I pair may discover that they have some shared traits. This is okay. It’s actually quite normal. Each individual will have varying degrees of Visionary strengths and weaknesses. Over time, some may have mastered their weaknesses to a certain extent. When this happens, they are no longer as magnified or extreme as they once were.

A Visionary, when considering a list of Integrator traits, may think, “I do that, and I’m pretty good at it!” While this may be true, the Visionary’s true nature is still there—just beneath the surface. When honest with themselves, they will often admit that while they “can” do a particular Integrator task, they don’t love doing it. At least not doing it consistently, every day, always. They are actually more inclined toward other traits, which align more closely with those on the Visionary list. When this happens, make the distinction clear by defining the roles correctly in the Accountability Chart. For example, some Integrators may carry the “Culture” role in their seat instead of the Visionary carrying that role.

Whether a Visionary or an Integrator, most individuals only bring about 80% of all the classic traits described in the previous chapters. The V/I relationship balances out to fill those other gaps that make up the remaining 20%. The best combinations will collectively give strong representation of all the traits needed most for a given business. Keep in mind that no two V/I combinations are exactly alike. Each will have its own unique signature. Think of two unique strands of DNA coming together to form the perfect double-helix.

The V/I match is like a carefully matched puzzle piece—no two are exactly the same. One Integrator does not fit the purposes of all Visionaries. In fact, if we assume that only 10% of all Integrators are the right match for a given Visionary, your odds of matching up fall from 25% down to 2.5%. Said another way, of all the Integrators out there, only 2.5% are likely to be a great match for you. That’s scary!

But let’s look at the figures another way. Out of every 300 million people, there are 16.5 million Integrators (5.5%). Of those, 1.65 million (10%) could be the perfect fit for you. So get moving! Go out there in the world and find a great match—before they pair up with some other Visionary.

The ancient Chinese concept of Yin and Yang describes how two forces that are seemingly contrary to each other—polar opposites—are actually interconnected and interdependent, giving rise to each other as they interact together. They are complementary forces coming together to form a dynamic system wherein the whole is greater than the individual parts. Both are always present, although one may show up more strongly at any given time. They are always opposite and equal.

One without the other is doomed, as humanity with only men or only women could not survive. Together they create—the interaction gives birth. They transform each other via complement. A rope with two twisted strands is much stronger than simply twice the strength of a single strand.

The Visionary and the Integrator go together in the same fashion. It’s the perfect combination that spurs companies to greatness.