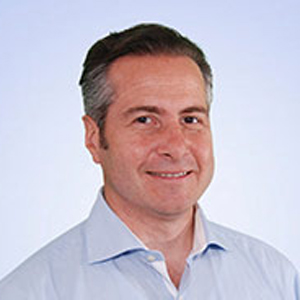 Is VUCA the End of Strategy and Leadership?

Is VUCA the end of strategy and leadership?

In the current era of volatility, unpredictability, complexity and ambiguity, managers need to adapt the way to navigate.

We’ve all been in meetings during which two parties were arguing about whether they should spend their time discussing strategy or focus on organizing immediate action. This kind of debate is likely to become more and more frequent.

Why should we care about strategy? Why bother working on sophisticated strategies when everything is changing all the time around us?

Countless articles are being published every day highlighting how Volatile, Unpredictable, Complex and Ambiguous (VUCA) the world has become. In 2008, the financial crisis shook the fundamentals for a long period, and many even agree that things will never be the same again. In 2010, the sudden eruption of the unpronounceable volcano Eyjafjallajökull in Iceland paralyzed air travel across western and northern Europe for an entire week, causing major disruption. More recently, when the Swiss National Bank decided to do away with its cap of CHF 1.20 on the exchange rate to the euro, it caught everyone unprepared both inside and outside of the country. The price of oil is constantly exposed to technical, geopolitical and regulatory changes. We could mention numerous other events.

At the same time, many established businesses face challenges coming from technological evolutions. New companies come to life and offer services that were totally non-existent just a few years back and completely modify the business landscape; think about Airbnb founded in 2008, or Uber founded in 2009. Firms or business models which were previously undisputed suddenly find themselves in survival mode. They have to engage in transformation journeys that may go as far as overturning their historical identity. In January this year, “after a strategic assessment of the situation”, Kuoni decided to re-position itself and focus on “growth-oriented” aspects of its business. As a consequence, the company announced that it was selling off its tour operating arm.

Is this magnitude of change new?

“If we want things to stay as they are, everything will have to change." This is one of the most memorable sentences of the novel “The Leopard” by Sicilian author Giuseppe Tomasi di Lampedusa, when the nephew of the main character, Sicilian nobleman Don Fabrizio Corbera, the Prince of Salina, was trying to convince his uncle to change strategy. The book is all about forces threatening the status quo through class struggle during the Italian unification.

So change is not new, and the influence of external forces is an often-examined topic in academic literature. For example, Michael Porter’s five forces analysis, by looking at suppliers, buyers, new entrants and substitute products is still extremely relevant in determining the competitive intensity and thus the attractiveness of an industry. So what is different now?

Take the example of repositioning a brand in the watch industry. Companies engaging in this type of strategic endeavor now would have to face additional complexity: generational factors, currency issues in key growth markets, sudden geopolitical earthquakes, and other challenges. Just a few days after Apple launched its watch, Nick Hayek, Chief Executive of Swatch Group announced a new line that would include Near Field Communication (NFC) and Bluetooth technologies. This might be the beginning of a new era also in the luxury segment, and the watch industry might soon see its Tesla (by analogy with the car business, itself facing significant changes).

What is different is that the pace of change, the immediateness, the extent of impact and the number of forces to be taken into account have drastically increased.

Under these conditions, can managers still think about strategy in the same way as before?

First, we can’t have a dichotomy between the way we assess stakeholders (persons, institutions) and general factors in our ecosystem anymore. They need to be understood as a whole: I call them stakeforces. Moreover, since change is no longer the exception but the rule, then we also need to put stakeforces at the center of our strategic thinking.

The mission in the film Apollo 13 illustrates this concept adeptly: the explosion of the number-2 oxygen tank quickly created a life-threatening crisis. A stakeforce (the incident) completely changed the game: it impacted the ecosystem and affected many other technical factors, which triggered the reassessment and change of the overall goal to: “bring the crew back safely”. As a consequence, the measures for the mission’ success were adapted, the strategic approach changed, and the execution plan completely re-built after the operations team went through complex simulations. 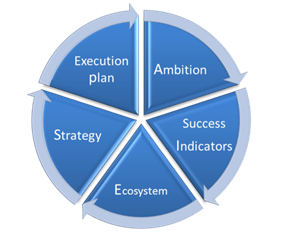 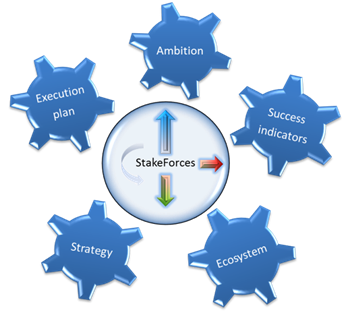 So from a management standpoint, on top of modifying how we approach execution in the context of strategic initiatives, “VUCA” brings two additional consequences:

1. Strategic thinking becomes an imperative: by acknowledging the impact of stakeforces on our courses of action, we are pushed to make more formal decisions. By definition, strategy is about evaluating options and making choices. We consider trade-offs, quick wins, absolute priorities, acceptable losses and other aspects. We can’t make these decisions without being acutely aware of how stakeforces are moving: a good chess player doesn’t only focus on the opponent’s king, but constantly analyzes all the other pawns to adapt his or her strategy.

There is one caveat: having stakeforces in the center doesn’t mean continuously changing strategy; but it does mean recognizing that its pertinence needs to be reassessed more frequently. In addition, since a strategy adjustment may by definition trigger a modification of the plan, this has the virtue of making the whole system more agile (Fig.2).

2. Hiring the right leaders becomes crucial: leadership in today’s world cannot perform at its best without much higher awareness of an organization’s broad ecosystem. This can obviously be achieved through organizational or procedural adjustments, for example, by better integrating risk management in daily operations and strategy. However, this is not going to be enough; the main leverage will come from leaders who have the ability to anticipate and adapt in their DNA. The annual “Best Companies for Leaders” survey, conducted by Chally Group Worldwide, tends to confirm this viewpoint. “Adaptability to change” is identified as a top skill needed for effective leadership in the results from both 2013 and 2014.

The second leverage point is leaders’ ability to instil and encourage adaptability in others. Decreasing employees’ anxiety in the face of change by proving management’s ability to turn challenges into opportunities, and training leaders in this particular aspect is going to be a critical enabler of peak performance and a competitive advantage.

Approaching strategy and leadership without considering context and stakeforces is close to an act of “belief”; and “belief” has never made a good business plan. The larger the initiative, the more it is exposed to internal and external stakeforces; a small project can just be executed but a large a transformation initiative has to be navigated. So no, “VUCA” is not the end of strategy and leadership. We need both more than ever!