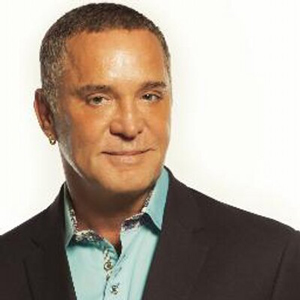 Praying for the Engagement of Disengaged Millennial Talent!

I know that many of my Christian friends and clients have spent time with their heads bowed praying for good people. Rarely are those prayers answered in the way they want.

We’ve all seen the reports, and in all likelihood experienced it in our own businesses: disengagement is at an all time high. But I wonder if you’ve actually taken the time to look at what that really means to you and your organization?

Come with me on a journey: Imagine I ask you if you’d like to go out to dinner with me. As you and I sit down in the restaurant for a relaxing dinner, you look over at a nearby table and see four people sitting together. The table is silent but there’s no indication that someone had said something awkward or offensive by which to create this intense silence.

You have a momentary flashback to your childhood and you consider that these “friends” may be praying, as their heads are down and there’s no eye contact. Then, the rampantly obvious hits you.

No, of course they are not praying. Each one of them has chosen to go out to dinner with friends, and rather than speaking to the person or persons in front of them, they are choosing to chat with someone who is not there. No doubt they’re telling the virtual friend how boring it is to be out with the folks in front of them. The sad thing is that most often the person on the device doesn’t even fully realize that they themselves are not there in any other form other than as a warm body in the room.

Today, we have an ever-increasing number of devices by which we can communicate and yet our communication skills appear to be declining at an equally rapid rate. Could there be a connection between this and the fact that the younger end of Generation X and now Generation Y—also known as Millennials—seem to change jobs almost as often as they change underwear?

According to Gallop Research, 70% of employees are actively disengaged. This means they are sitting at their workstations and behaving pretty much the same way as the four folks in the restaurant we just described. Now imagine that, instead of just observing these dinners being disengaged, you were expected to pay their tab. My guess is that you said—at least under your breath—something resembling, “Screw that!”

Yet, this is exactly what is going on in the work world every single day. We are struggling to find ways to actively engage and bond with Millennial talent!

As leaders, we can no longer assume that our people are engaged just because we pay them as, clearly, that is not the case. Real and lasting engagement is part of what creates a Fiercely Loyal team. However, engagement has many dimensions. The first of these is to understand the old idea that your personal life and professional life are separate is now dead wrong!

Millennials don’t separate work life from personal life. Actually, that’s not entirely true. They sometimes will when they are working in an environment where they are disengaged, and then they leave! What this means at the simplest level is you have to get to know your people and, just as importantly, let them know you if you want them to be engaged.

Imagine that you’re over visiting THAT relative, you know the one. It’s the one who, out of obligation, gives you gifts that you immediately shove in the “regift drawer.” The one you are supposed to like, yet, when you go over and visit, this person either says nothing, barely acknowledging your existence, or never stops talking about themselves, yet doesn’t even bother to ask anything about what’s going on for you. Now tell me how present are you with such a person? Aren’t you spending most of the time thinking about when you can get out of there? Maybe, even if you are not a Millennial, you would find yourself checking your phone a thousand times.

Conversely, now let’s imagine that you’re visiting with someone who is genuinely interested in you. Someone who wants to know what’s going on in your life and, when you tell them, they listen. Someone, who when they give you something you are always delighted, no matter how big or small it is, because whatever they give you shows they really know you.

What does all this mean to you?

The employer-employee relationship has dramatically changed and, with it, the dividing line between personal and professional has significantly blurred.

There was a time when workers looked at the work world as small and with limited opportunities. However, this mentality is more befitting of a time gone by, a time of local manufacturing, as opposed to one of a global economy where a worker can literally live on the other side of the world from the person paying their salary.

Dov Baron was named by Inc Magazine as one of the Top 100 Leadership Speakers for Your Next Conference. As the leading authority on Authentic Leadership and the founder of  "Full Monty Leadership," he works with leaders in creating teams that become fiercely loyal. A bestselling author, Dov's latest book is Fiercely Loyal: How High Performing Companies Develop and Retain Top Talent. Learn more at FullMontyLeadership.com.