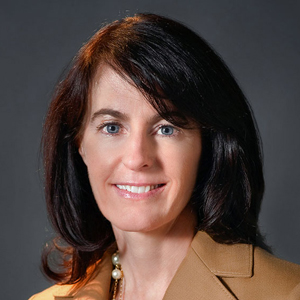 A Communication Framework for Change Agents

While organizations thrive on change, people often don’t. People don’t embrace change at the same pace (and some never will). How you communicate new ideas plays a huge role in how well they're received and how quickly they're adopted.  If you’re a change agent and innovator, it’s tempting to think that conveying your enthusiasm and excitement will accelerate others’ acceptance — turns out, that won’t work most of the time.

What’s compelling to innovators and change agents isn’t compelling to more pragmatic and conservative people; innovators are often in the small minority. Effectively communicating the need or reason to change is an important skill and a big factor in innovation velocity.

To communicate more effectively, focus on your audience as much as your idea. Tune into where your audience is coming from before you try to persuade them where you want them to go -- their starting point is as important as your destination.   Use these 5 questions to better communicate your vision:

1.  How does your audience respond to change?

What excites change agents and visionaries rarely motivates conservatives and skeptics.  Knowing what motivates your audience helps you make your message relevant to them.

Geoffrey Moore and Roger Everett brilliantly characterized the “adoption curve” to illustrate different responses to new ideas and the pace of their adoption.   As an innovator, you are the exception rather than the norm.  You generate ideas, see few risks and are excited by advancing a practice, process or market. Pragmatics, on the other hand, are more analytical, they manage risk and are motivated by solving problems.  Conservatives are more cautious, don’t like risks and are motivated by certainty.   Skeptics reject or doubt most things, highlight risks and are difficult to motivate.

What concerns senior executives and front-line practitioners are rarely the same, so map the scope and level of detail to your audience’s professional focus. Executives tend to watch metrics and focus on performance outcomes and results. Directors typically focus process and are concerned with its reliability and predictability, while managers look at actions and focus on execution and priorities.  Practitioners look at the details of their job and care about the steps and quality of the work. Talking to executives about detailed actions and sub-steps isn’t persuasive, and neither is talking to practitioners about metrics without the detail that applies to them isn’t either.

3.  Are they a captive audience?

If the audience reports to you, they’re watching what you do to decide how they feel about what you say.  Make sure you’re modeling and demonstrating the behavior you’re asking for from them.   Because won’t all adopt at the same pace and rate as you, persistence and consistency over time are required – an innovator mistake is to give up before slower adopters ever had time to change.

Tune your message to people's unique personal motivators and professional perspectives to increase momentum and engagement. Create “what’s in it for you” slides or talking points designed for each audience so individuals can quickly understand why change is good for them – from their perspective of course.  Sometimes separate conversations with four constituencies can save four weeks of resistance from poorly-crafted communications.  The companion infographic provides a handy table for aligning your message with your audience’s perspective.

5.  How will you operationalize and achieve your vision or goals?

Ideas are easy, but execution is hard.   Even when you convince people to change, driving the actions needed to realize the full vision requires sustained communications, coordination, management discipline, results focus and follow through. The credibility of your future ideas and strategies rests heavily on how past ideas panned out in execution, so make sure you have an execution framework and the tools to competently deliver.

The ability to imagine and envision change is a talent crucial to company success.  When you frame what’s good about your idea or vision in terms that make it most relevant to your audience, you’ll gain support much faster and your impact over a year or a career will be much greater.

Check out the corresponding infographic here!

About Deidre – Deidre Paknad is CEO and Co-founder of Workboard, a fast-growing provider of performance and productivity applications for managers to set and achieve their goals. She is a serial entrepreneur who has founded and led several companies, including PSS Systems, which was acquired by IBM in 2010 and where she served as vice president for several years.  She has been inducted into the Smithsonian Institution twice for innovation, has 16 patents and has published dozens of articles.