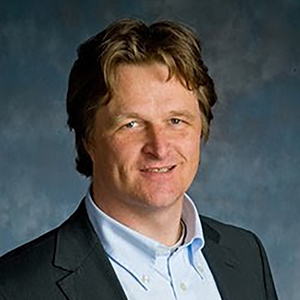 Manage and Lead: The Importance of Integrating Skillfully Looking Ahead Into Your Daily Reality

You’ve undoubtedly discussed this question before: what is the difference between a manager and a leader? It’s one of those ice-breaking questions often asked at off-sites to introduce the concept of leadership. Interestingly, the world of leadership theory is relatively young. Just a little over forty years ago, in 1973, Harvard professor Abraham Zaleznik was the first person to examine the difference between the roles of managers and leaders. He proposed that leaders actually have much more in common with artists than with managers. Leaders use their imagination, inspire with unconventional ideas, reframe people’s thinking and help them see the world differently, Zaleznik observed. More than managerial qualities, this requires artistic qualities.

What leaders really do…
The next thought leader who took a stab at it was John Kotter, another Harvard professor, in 1990. He drew some clear lines between the two roles in a classic Harvard Business Review article entitled What Leaders Really Do. Managers budget, staff, plan, solve problems - whereas leaders set direction, inspire, motivate. At a more abstract level, the aim of the manager is to create predictability: to make sure we get done what we said we would get done. The manager, in other words, prevents us from straying too far off the path we decided upon. The leader, on the contrary, aims to anticipate change, innovates with unconventional ideas and adjusts the course of the organization to changing realities. The leader often deliberately challenges the comfort zone of the current course by shedding a different light on it and exposing blind spots, thereby effecting a change of plan.

We all intuitively recognize these differences, and so it’s tempting to hold on to the dichotomy between managers and leaders. But the reality is that – if you have the honor of leading a team – you are both. On a typical day you might even segue from one role right into the other: one moment you are confronting your team members with missed deadlines and instructing them to achieve some immediate results, and the next you’re walking into a brainstorm session where you are expected to share your insights into the disruptive potential of a new technology, and how this would require you and your team to set aside time to explore long-term opportunities. This kind of role switching would be challenging for just about anyone.

Moreover, as we usually work under time pressure, the two roles often battle for time. The manager role tends to come out on top, because the manager primarily deals with the short term, and the leader with the long term (or, as some say, the manager deals with the urgent, the leader with the important). This means the leadership role can always be postponed until tomorrow. Or so it seems. But as you are expected to be both manager and leader, in reality you will need to maintain a careful balance if you want to make your leadership stand out.

A short-term focus may produce results in the near future, but at the high risk of missing the early warning signs of change that always initially appear in your periphery. A focus on the immediate may produce quarterly results, but possibly at the cost of longer term success. That’s what caused Kodak to miss the boat on digital cameras – it wasn’t obliviousness to digitalization, but the presence of short-term oriented incentives created their blind spot.

The plan versus the vision
Back to Kotter and his distinction between the two roles. He added another: managers focus on the plan, whereas leaders focus on the vision. This emphasizes the importance of visioning, the art of (constructively) looking ahead. It also raises a question: how do you go about developing your visionary side when you are already overwhelmed with managerial duties and responsibilities? How can you responsibly paint that compelling picture of tomorrow and integrate that longer-term perspective into your daily duties, conversations, decisions and dilemmas? How do you step up to the plate and go from being “just” a good manager to becoming an inspiring leader?

It’s this gaping hole in leadership and management theory that inspired me to dedicate 8 years to researching “the vision thing”. Almost every though leader in the field acknowledges the immense importance of having a vision as a leader, but no one ever explains how you should go about systematically developing this part of your leadership. And in the absence of any real guidance, it has become tempting to believe that some people have it and other people don’t. Fuelled by the grand, groundbreaking visions of larger-than-life leaders such as Steve Jobs, Richard Branson and JFK, we’re inclined to believe that you’re either born with this quality of arriving at innovative and disruptive future-oriented perspectives, or not. And I disagree.

Increasing your visionary capacity
I strongly believe that vision is first and foremost a skill, and that you can develop your visionary capacity as a leader. Naturally, as with any skill, there’s nature and nurture: some people find it easier to activate their imagination or to communicate powerfully than others. But that’s the case with every skill; some people find it easier to serve a tennis ball than others. What’s important is that anyone can significantly develop their visionary side with the help of several clearly defined practices.

In my work with executives, and as laid out in my book “Anticipate, The Art of Leading by Looking Ahead”, I zero in on the practical aspect of the mysterious vision thing. The book uses an integrated, multidisciplinary framework that blends strategy with psychology. It discusses the appropriate mindset, the necessary ingredients for vision and the elements of communication that turn your story from largely conventional and technocratic into intriguing, authentic and inspiring.

Above all, I work with a series of practices that stem from a straightforward development framework on growing visionary capacity. This framework consists of the two most fundamental skills:
1. the ability to see change early; and
2. the ability to connect the dots.

The first skill focuses on early noticing: becoming better at distinguishing the signal from the noise in the information overload we face every day. The second skill focuses on (responsibly) finding coherence in the many developments, trends and potential disruptions you will need to integrate in order to arrive at a “big picture”. Both skills can be made very practical; for instance, I introduce the practice of FuturePriming, which is effectively a low-effort practice that easily becomes part of your daily routine and allows your early-noticing side to develop and shine.

Given your dual manager-leader role, vision isn’t just a skill you can develop - it’s a skill you should develop. It’s a privilege to lead, but it’s also an obligation to lead. You have the ability to touch people’s lives, infuse them with meaning and purpose. Your vision is probably the most important tool in your leadership backpack to do so. Abraham Zaleznik considered vision to be “the hallmark of leadership.” That’s what leadership is all about, after all: imagining a better tomorrow, developing a guiding, authentic and purposeful story, and being a source of inspiration to others.