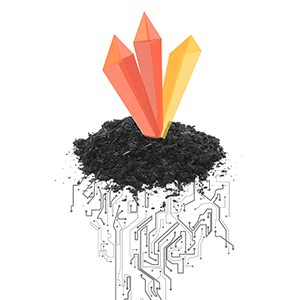 The Vision of Transformation Requires Action, Not Just Words

Around the world, CIOs preach the benefits of transformation as choirs of business executives back them up. This change will yield faster app development. It will improve customer service. It will tap into the swelling river of data. It will build a competitive advantage. And, most of all, it will widen the profit margin.

Amen. The capabilities of hybrid IT and other cloud-enabled technology strategies have been clearly documented. When the Business Performance Innovation (BPI) Network surveyed senior business executives around the world a few months ago, 92 percent said they were making progress in adopting technologies that would increase agility (70%), enhance cost efficiencies (57%) and speed development of innovative new applications (47%).

Yet in a just-completed survey, frontline IT workers – the very people who would make all that happen –said their companies are failing or near failing in their efforts to transform their organizations into response-able corporations. The full BPI report, including data, analysis and comments from executives, is available free at: http://reinventdatacenters.com/frontline-IT-report

The findings show a stunning contrast between the promise of new technologies and the reality of what’s happening in the trenches of companies around the world:

There were many other signs that things are going badly. Asked their three greatest weaknesses, the IT workers cited long-term planning (47%), application development (37%) and – in a tie – software engineering and data analysis (34%).  Those four elements constitute the very essence of transformation. It’s no wonder that just 35 percent of the respondents rated their company’s ability to transform as good (26%) or very good (9%).

The flip side is just as intriguing. There’s a minority of companies that seem to be doing everything right. More than a quarter of the frontline IT professionals said new technological infrastructures were well on the way (21%) or already up and running (7%). This may help explain why executives surveyed a few months earlier said their competitors were already using transformative technologies to offer more choice, convenience and accessibility (45%) or to widen margins (34%).

All this points to a new division between leaders and laggards, those who have mastered these new technologies and those who haven’t even begun to make changes that will keep them in the game. Those who fall behind may be there a long time as leaders add to their knowledge and use of evolving enterprise tools in a way that extends their lead.

The BPI report explains what the laggards must do to catch up, citing examples that have helped some of the leaders get to where they are. In the end, however, it will be up to C-level executives to stop talking about what they want to do and start actively leading the transformations in their companies.

Tom Murphy is the Editorial Director for the Business Performance Innovation (BPI) Network.