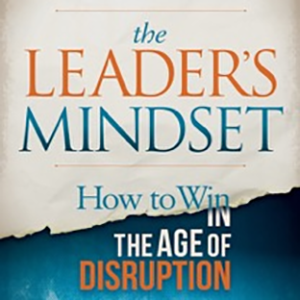 The Power of 10X Thinking

Astro Teller is a British entrepreneur, scientist, and thinker who is widely credited as one of the pioneers of 10X thinking (10X). He heads up Google X, a futuristic lab responsible for hyper-ambitious projects such as Google Glass, Project Loon, a balloon-powered Wi-Fi network, and the infamous Google self-driving car. According to legend, his business card describes him as “Captain of Moon Shots.”

His story inspired me to embark on a journey to unlock the anatomy of a 10X mindset at many of the world’s most exciting companies, from young startups to global giants. Along the way, I uncovered some surprising insights about how the smartest leaders’ brains are wired differently than those of other business people. In an interview with Wired magazine, Teller explains the power of 10X thinking: “There are tests that you can apply to see if you’re thinking big enough. The easiest one, the mantra that we use at Google X, is ten times rather than ten percent better, you tend to work from where you are: if I ask you to make a car that goes 50 miles a gallon, you can just retool the engine you already have. But if I tell you it has to run on a gallon of gas for 500 miles, you’re going to have to start over. That causes you to approach the problem so differently that weirdly, counter-intuitively, it’s often easier to make something ten times better — because perspective-shifting is just that much more powerful than hard work and resources being thrown at problems via traditional, well-tried paths.”

Imagine leading your organization up to ten times better than you do today or increasing your team’s success tenfold. 10X thinking is the golden thread that links all great leaders and is at the core of how to win in the age of disruption. My challenge had been set. I wanted to answer the question: “What must you 10X in order to succeed in a fast changing world?"

On a recent visit to Silicon Valley, it occurred to me that while it’s a place, it should mostly be seen as a mindset. A mindset is a leader’s way of thinking: it’s their beliefs, attitudes, choices and assumptions that affect how leaders view the world and their work. Silicon Valley borders Cupertino, home of Apple, Inc., the world’s most valuable company, and Mountain View, the home of Google’s Googleplex headquarters. One road is aptly named Innovation Way. Leaders radiate optimism and genuinely care about what you’re doing. I call it passionate curiosity. Instead of asking, “What do you do?” they’ll ask: “How can I help and who do you know?” There’s a freedom to be yourself: nobody is waiting for approval or permission. It’s impossible to not feel hugely invigorated by the energy, ideas, and sheer determination to make things happen. This type of environment can have a big impact on the way you think, perhaps unlike anywhere else on the planet.

It’s no accident that Silicon Valley is a household name today all around the world. Its herculean rise is in large part due to 10X thinking from the “father of Silicon Valley” Frederick Terman to, in more recent times, Y Combinator cofounders Paul Graham and Sam Altman. These thinkers have thrown out the rulebook on thinking: 10X thinking demands you to rethink assumptions about what is possible. Even if you achieve only 60 percent of a 10X goal, you will have grown your team and your business, and probably learned some important things about yourself along the way. I believe 10X thinking is central to a leader’s mindset and is about pushing people to think bigger, breaking out of those little boxes that we get trapped in. It’s about reimagining the future and asking if we started again today what would be different?

We tend to associate 10X just with new ideas but it’s possible to apply it to anything in your organization, from improving culture to how you scale more rapidly. I came to the conclusion that you can 10X any part of your role when you choose the right mindset. For example, now I don’t limit myself to just one mentor. I have multiple mentors. For me, this is the essence of a 10X mindset. It stops you from thinking small.

To thrive in the age of disruption, you should adopt a 10X mindset mindset and never stop learning.

Terence Mauri is the author of a new book, The Leader’s Mindset: How To Win In The Age of Disruption.

To purchase this book, please visit our Amazon Bookstore.