Take a look at the skyline of any major city’s business district, and then give thanks to an innovation that was critical to the development of modern skyscrapers and urban environments. The elevator was one of the essential components in enabling tall buildings, along with innovations like steel structures, central heating, electrical plumbing pumps and the telephone.

The first reference to an elevator is in the works of the Roman architect Vitruvius, who indicated they were being used as early as 236 BC. Yet, it wasn’t until 1852, when Elisha Otis introduced the safety elevator, which prevented the fall of the cab if the cable broke, that this vertical transport system could be integrated into tall buildings. The Equitable Life Assurance Building, constructed in New York City in 1870, was the first building to include passenger elevators. It was a record 130 feet tall and is considered by some to be the world’s first skyscraper. Werner von Siemens built the first electric elevator in 1880 in Germany. As of January 2008, Italy is the nation with the most elevators installed in the world, with 850,000 elevators that run more than one hundred million lifts every day, followed by United States with 700,000 and People's Republic of China with 610,000 elevators installed since 1949. 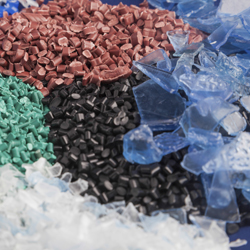 Plastic has helped mold the modern world and transform almost every aspect of industry and daily life, from sports and entertainment to transportation, shipping, communications, housing and health care.

Development of the first man-made plastic is credited to Alexander Parkes who demonstrated it at the 1862 Great International Exhibition in London. The material, which he called Parkesine, was an organic material derived from cellulose that once heated could be molded, and retained its shape when cooled. After the First World War, improvements in chemical technology led to an explosion in new forms of plastics; mass production began in the 1940s and 1950s

Today’s plastics are one of the most used materials on a volume basis in industrial and commercial life. According to the Plastics Industry Trade Association, the $374-billion U.S. plastics industry employs more than 1 million workers located at more than 17,600 plastics facilities. 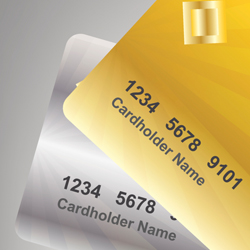 It may get some spendthrifts in trouble with their banks, but the credit card has revolutionized payments and accelerated economic growth around the world. The modern credit card began in the 1940s, in the United States, to help sell gasoline to the nation’s growing population of car owners. Then Ralph Schneider and Frank McNamara, founders of Diners Club, expanded the concept of paying different merchants using the same card in 1950. That was followed by American Express, which created a worldwide credit card network. In September 1958, Bank of America launched BankAmericard, the first successful recognizably modern credit card, which eventually evolved into the Visa system. In 1966, the predecessor of MasterCard was founded when a group of banks established Master Charge.

The impact of the credit card on economic growth has been dramatic. Moody’s Analytics studied 56 countries that make up 93% of world gross domestic product, over a five-year span from 2008 to 2012. It concluded that electronic payment products added $983 billion in real (U.S.) dollars to GDP in the countries studied. Card usage raised consumption by an average of 0.7% across the 56 countries. That consumption contributed to average additional growth in GDP of 0.17 percentage points per year. Real global GDP grew by an average of 1.8% during the study period, according to Moody’s.

Over the past few decades, electronics have transformed almost every aspect of life. The foundation of that transformation is the semiconductor, from transistors and integrated circuits to solar cells and light emitting diodes. Today’s integrated circuits can include billions of transistors on a single chip, enabling smartphones and tablets that are more powerful than the supercomputers of yesteryear.

The creation today’s semiconductor owes a debt to countless innovators, going back to Michael Faraday, who in 1833 described what is now considered the first “semiconductor effect” with his discovery of electrical conduction increasing with temperature in silver sulfide crystals. John Bardeen, Walter Brattain and William Shockley are credited with inventing the transistor at Bell Labs in New Jersey in 1947. Shockley would later leave Bell Labs to form Shockley Semiconductor in Mountain View, Calif., and give birth to Silicon Valley. Key employees of Shockley would later mutiny and form Fairchild Semiconductor in 1957 and soon develop a method of mass-producing.

On an annualized basis, global semiconductor sales were approaching $300 billion in the first half of 2013, according the latest report by the Semiconductor Industry Association (SIA). But the semiconductor’s foundational role in today’s electronics industry underscores a much more profound impact on the world economy. The global consumer electronics industry alone is projected to reach US $1.2 trillion in 2017, according to Lucintel, a leading global management consulting and market research firm. 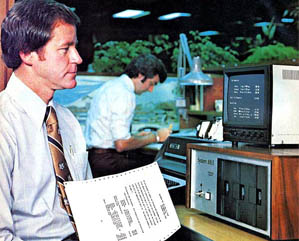 In the age of cloud computing, the Internet and smartphones, it may be difficult to grasp the revolutionary nature and power that desktop computers brought to both businesses and consumers, beginning in the late 1970s. It was the development of a new generation of software applications that took advantage of the compute capabilities of these machines and unlocked their power to elevate business productivity, learning and entertainment in the 1980s. In fact, the first 8-bit micro-computers available to amateurs had no application software or computer languages. Instructions were hard programmed into the processor and were different for each type of processor.

The history of PC software includes a wide range of innovations and innovators. One key development came before the first microprocessor when Thomas Kurtz and John Kennedy created BASIC (Beginner's All-purpose Symbolic Instruction Code), an easy-to-learn programming language for their students at Dartmouth College. Various versions of BASIC became widespread on microcomputers in the mid-1970s and 1980s. Microcomputers usually shipped with BASIC, often in the machine's firmware. Having an easy-to-learn language on these early personal computers allowed small business owners, professionals, hobbyists, and consultants to develop custom software on computers they could afford. IBM used BASIC, sourced from Microsoft, when it launched the IBM PC. In 1981, Microsoft developed MS-DOS for as the PC’s operating system.

In 1979, Daniel Bricklin and Robert Frankston developed VisiCalc, the first software program that made the personal computer a business tool, for the Apple II. VisiCalc automated the spreadsheet and was tremendously popular, selling over 100,000 copies in a single year. In 1982, Mitch Kapor developed Lotus 1-2-3 the spreadsheet software for the PC. Paul Brainerd, who founded Aldus, developed PageMaker, the first software that combined text and graphics, in 1985 for the Macintosh. 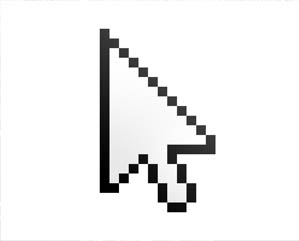 Point and click. It’s an expression that is engrained in the modern vernacular. It’s how virtually all of us experience the digital world—with the ease of moving our cursor to another icon that opens an application, web page, video, contact, or any of the other countless experiences we have on our computers, smart phones and other digital devices. The graphical user interface (GUI) makes computing and the web the visually intuitive and interactive phenomenon it has become. It eliminated the steep learning curve of command-line interfaces that once defined the computer user experience.

The computer mouse was the seminal invention that led to graphical user interface. In the late 1960s, a research team lead by Douglas Englebart at the Stanford Research Institute developed the mouse as a device that could activate text-based hyperlinks. Researchers at Xerox Parc built on the innovation to develop the use of graphics as the interface for its Xerox Alto Computer in 1973. Xerox Alto was not sold commercially, but several thousand units were built and used at PARC, other Xerox facilities, and several universities. Apple founder Steve Jobs famously visited Xerox Parc in late 1979 and was astonished by the mouse-operated graphic interface. In 1984, the Macintosh was born, the first mass-market personal computer featuring a graphical user interface and a mouse. Microsoft developed it own graphical interface, Windows, in December of 1985. However, it wasn’t until 1990 and the introduction of Windows 3.0 that Microsoft developed a popular competitor to the Mac.